Even at six months pregnant, Rashelle Barney is constantly working to handle the overflow of sugaring clients at her spa Blush Olympia in Olympia, Wash. She has seen substantial growth of her clientele since starting to sugar. 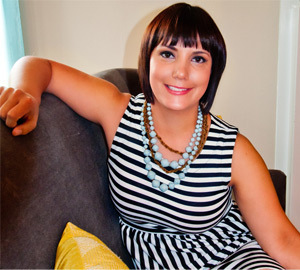 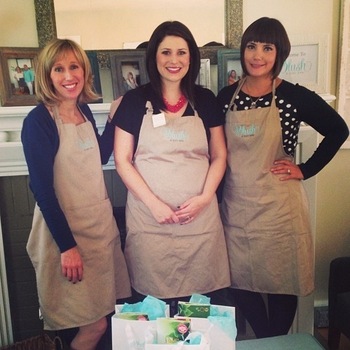 “It’s hard turning clients away, it makes me feel horrible,” she said. Therefore she’s training more people to be sugaring experts like herself.

“I was shocked that simply sugar, lemon, and water could remove hair without the harsh side effects of waxing!” she said.

Becoming a skilled professional in it was a different story, however, she’ll tell you.

“My first memory of sugaring was: ‘oh my gosh, this is hard! I’m never going to be able to do this’. I had been waxing for years before switching to sugaring, so it was quite a difficult transition. I made myself stick with it, despite the challenges. Eventually it just clicked.”

It clicked enough that in due course she connected with Tamara’s Professional Sugaring and became a sugaring educator.

Barney said it surprised her that her students grasped the technique so quickly.

“Wow, she’s doing so much better than I did my first time,” is something Barney thinks while teaching students, she said.

“It’s exciting to see them succeed and be able to share how wonderful sugaring is.”

She plans on continuing sharing sugaring with clients and other professionals – even after the baby comes.  "I wear an apron at work and haven’t quite 'popped' yet so a lot of my clients still don’t know that my husband and I are expecting a baby girl soon!"

Barney specializes in her Brazilian technique, which she claims was the hardest thing for her to learn, but she said she stuck to it and became a pro at it.

“I chose Tamara’s products,” she said, “not just because of the convenience of her being local, but I realized her products are so much more user friendly. The sugar paste in general is easier to work with, it doesn’t leave the skin sticky, and I never get stuck.” She added that the support Tamara offers – always being available for questions – just makes working with her so very pleasant.

A pleasant work environment is a great place for a mommy-to-be. It’s too soon to tell if the Barney’s expected child will follow in mommy’s footsteps, but, baby Barney will definitely know that mom loves her second job of sugaring clients.